She also expressed WTU’s on-going frustration with the school systems refusal to hear the union’s research-based proposals, instead implementing top-down strategies — without consulting teachers and other stakeholders — doubly disheartening as they produce negative results.

DCPS justified closing 35+ schools, she said, insisting that this would help equalize resources. The system fired 5000 teachers and spent billions, she added. “We should see better results than we’re getting.”

Part of the recording is missing due to technical difficulties. Our apologies. 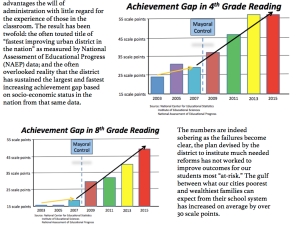