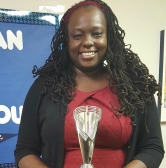 To honor Black History Month and the Education Town Hall’s anniversary, join us on February 18, as host Thomas Byrd led a conversation on where we are in U.S. education, in terms of equity, race, revolution & reform:  What has, and has not, changed since the mid-20th Century in U.S. education? Which, if any, school reform furthered racial equity? What revolutions in education — in the classroom, through homeschooling, or otherwise — have succeeded, however locally or shot-term? Do mid-20th Century observations on education — from James Baldwin, Shirley Chisholm, Martin Luther King, Jr., and Black Panthers — still apply after 50 years or more? 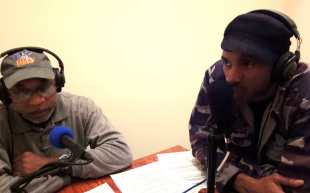 See below for some mid-20th Century statements on education: from James Baldwin, Shirley Chisholm, Martin Luther King, Jr., and Black Panthers. What, if anything, has changed?


The Education Town Hall broadcasts from Historic Anacostia
in Washington, DC, Thursdays at 11:00 a.m. Eastern
on We Act Radio.
Listen live via TuneIn.
Shows are archived for convenient listening shortly after broadcast.

Education Town Hall has is celebrating four years on We Act Radio.

James Baldwin
“A Talk to Teachers” —

…I began by saying that one of the paradoxes of education was that precisely at the point when you begin to develop a conscience, you must find yourself at war with your society.  It is your responsibility to change society if you think of yourself as an educated person.  And on the basis of the evidence – the moral and political evidence – one is compelled to say that this is a backward society.  Now if I were a teacher in this school, or any Negro school, and I was dealing with Negro children, who were in my care only a few hours of every day and would then return to their homes and to the streets, children who have an apprehension of their future which with every hour grows grimmer and darker, I would try to teach them –  I would try to make them know – that those streets, those houses, those dangers, those agonies by which they are surrounded, are criminal.  I would try to make each child know that these things are the result of a criminal conspiracy to destroy him.  I would teach him that if he intends to get to be a man, he must at once decide that his is stronger than this conspiracy and they he must never make his peace with it….”
— 1963
full speech and contemporary teaching materials at Zinn Ed Project

[Also in the same speech: counselors who direct women to careers as “wife and mother” and blacks to careers in service.]

A great majority of the so-called educated people do not think logically and scientifically. Even the press, the classroom, the platform, and the pulpit in many instances do not give us objective and unbiased truths. To save man from the morass of propaganda, in my opinion, is one of the chief aims of education. Education must enable one to sift and weigh evidence, to discern the true from the false, the real from the unreal, and the facts from the fiction.
— 1947, Morehouse College paper

Speech: John Dewey Award from the United Federation of Teachers:

…The richest nation on Earth has never allocated enough resources to build sufficient schools, to compensate adequately its teachers, and to surround them with the prestige our work justifies. We squander funds on highways, on the frenetic pursuit of recreation, on the overabundance of overkill armament, but we pauperize education.
— March 14, 1964 address

On addressing social issues, including education, jointly or one-by-one:

I am now convinced that the simplest approach will prove to be the most effective — the solution to poverty is to abolish it directly by a now widely discussed measure: the guaranteed income…. We are likely to find that the problems of housing and education, instead of preceding the elimination of poverty, will themselves be affected if poverty is first abolished.
— Where Do We Go From Here: Chaos or Community? (New York: Harper & Row, 1967).

More in Valerie Struass’ 2012 column, but note that most of the source links are broken.
BACK

The Black Panther Party for Self-Defense:
On survival programs, including education and breakfast:

On the Oakland Community School —

The School is the realization of a dream…to repair disabled minds and the disenfranchised lives of this country’s poor communities, to lay the foundations as to create an arena for the world without such suffering. Our aim is to provide the young of these communities with as much knowledge possible and to provide them with the ability to interpret that knowledge with understanding. For we believe without knowledge there can be no real understanding and that understanding is the key to liberation of all.”
— Huey P. Newton, see Panther Cub page

From the school’s director —

The school was a critical formulation of the Black Panther Party vision that students would use their education as a stepping-stone to become world changers. Every child was appreciated for her/his innate wisdom and unique talents. A guiding and global principle of the school was The World is Our Classroom. This principle sprung from the school’s philosophy that children at OCS “will learn how, not what, to think”.
— from Ericka Huggins’ page