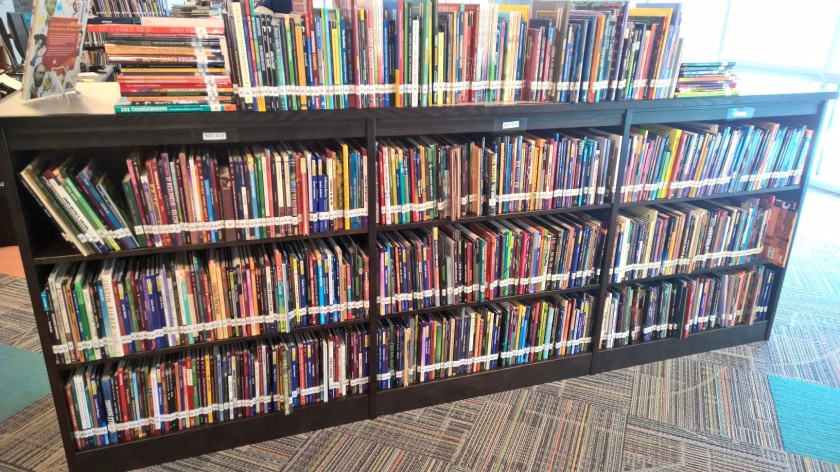 The U.S. House of Representatives passed S. 1177, the Every Student Succeeds Act (ESSA), yesterday. The bill has shortcomings, and we’ll look to our BUS partners – Badass Teachers, United Opt Out, and Save Our Schools March – for analysis soon. But for the moment, I share celebration from the American Association of School Librarians (AASL) and American Library Association (ALA) and others supporters of school libraries: If passed by the Senate, the bill will be the first piece of federal legislation in over 50 years to provide school libraries with a dedicated revenue stream to enhance school library services and resources.

“Effective school library programs are a wise investment,” says a joint statement from the AASL and ALA:

But in too many schools across the nation, school library budgets and school librarian positions are being cut. This puts our children’s education and workforce readiness at peril.

As poverty rates across America remain high, our schools must serve as an ‘equalizer’ that provides all students with access to the resources, instruction and life skills they need to succeed academically and become productive and engaged citizens.

The AASL and ALA commend the House for passing the bill.

Moving from Washington news, from the nation’s capital, to District news, from our home city…

DCPL has already digitized some 500 cassette recordings from its oral history collection and is steadily working to bring these preserved interviews online for public access and research.

DCPL and NaNoWriMo
In November, DCPL, like many libraries around the world, supported participants in National Novel Writing Month with workshops, “Come Write In” events, on-line resources and support, and a range of in-library gatherings across town. Most focused, as NaNoWriMo does, on fiction, but some included other forms of writing in the spirit of NaNoRebels.

The Capitol View library, for example, offered an evening that brought together a graying local playwright, a 14-year-old essayist, a young writer of hip-hip lyrics, a memoirist, and several once-and-future writers. Participants shared their love of words, talked about the range of forces that can shut down a writer’s imagination and confidence, and agreed to gather again for cross-generational sharing.

In closing, a few more bits of good (library) news…

The fourth annual gathering of Urban Librarians Unite will focus on Weird Library Science, and proposals are being accepted through midnight on December 5.

This is a two-day advocacy event where hundreds of library supporters, leaders and patrons gather in Washington, D.C. to meet with their members of Congress to champion national library funding. National Library Legislative Day also includes a virtual advocacy component for library supporters who cannot attend the Washington meetings—advocates have the option to work remotely to connect with legislators via phone calls, text messages, emails and social media platforms.