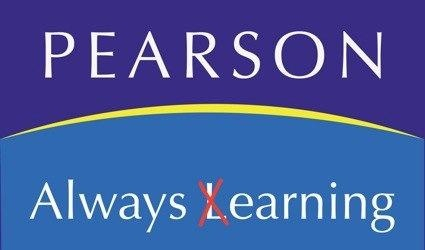 This is testing season in K-12 schools around the country, and this spring brings the first full implementation of new, Partnership for Assessment of Readiness for College and Careers – or PARCC – tests. As most readers of Education Town Hall know, PARRC is one of two assessments designed to fit the Common Core State Standards. Twelve states plus the District of Columbia use PARRC. It is administered on-line and operated by the international corporate giant Pearson Education.

Controversy continues to swirl around several aspects of the new testing: use of computers and internet connections, both of which remain a challenge for many districts; corporate involvement in assessment and data collection; the Common Core standards themselves; and the use of these tests for ancillary purposes, including teacher- and school-evaluation.

One of the stranger controversies began last week when a New Jersey student Tweeted something that referenced a PARCC test question.

The New Jersey Department of Education informed the local superintendent of what it considered a security breech and need for discipline, and the student and parents were contacted. In the process, New Jersey journalist Bob Braun alerted the entire country to the fact that Pearson is monitoring social media, including that of students who take PARRC tests, for reference to tests and test material. (“Breaking: Pearson, NJ Spying…”)

What was originally claimed to be a school-day Tweet with a picture of a test question proved to be an after-school Tweet with no picture. The Tweet itself was removed, and the student was not disciplined. But the incident set up a firestorm of national response to what many see as spying – although Pearson monitors only public media – and others call a first amendment issue.

Bob Braun’s Ledger received so much traffic that the site crashed, fueling additional speculation about surveillance. Snopes took on the case to report on rumors. Pearson posted a response saying it has a duty to protect the test materials, which are owned by PARRC states, and to keep the testing fair. Meanwhile, Braun reports corporate links between the company Pearson uses to track data and the CIA:

BadAss Teachers Association (BATs) called on the U.S. Department of Justice to investigate Pearson, calling their actions an encroachment into a child’s privacy and right to free-speech.

Perhaps if a single tweet – 140 characters – can so easily destroy a test’s security and validity, the whole science of testing thing needs to be reconsidered? Because that’s pretty fragile.
— Hack Education

This report aired on March 19, along with the new “In The News” segment from Education Town Hall’s Zakiya Lewis.

The Education Town Hall broadcasts from Historic Anacostia in Washington, DC, Thursdays
at 11:00 a.m. Eastern on We Act Radio.
Listen live via TuneIn.
Shows are archived for convenient listening shortly after broadcast.