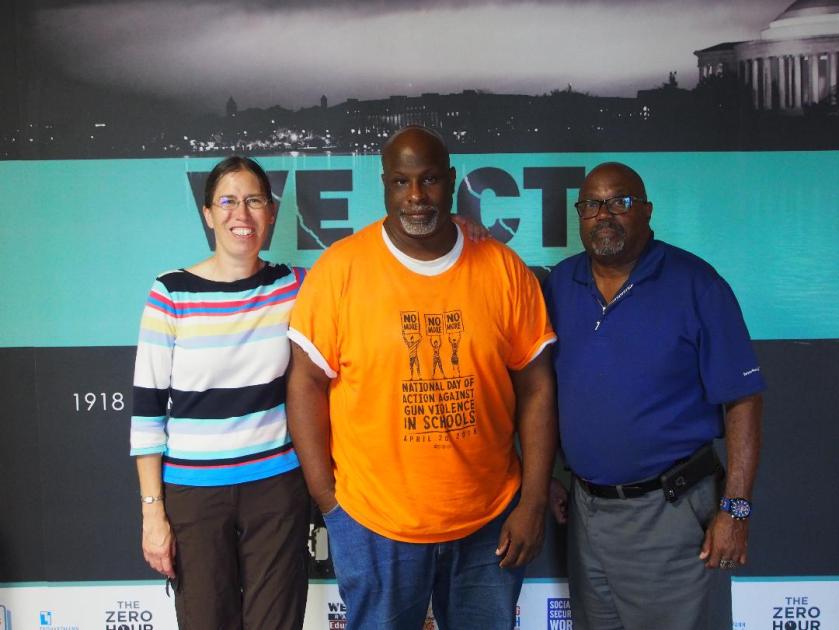 On the October 11 Education Town Hall: DCPS’s Technology Plan (Is There One?) and Jeff Canady, Teacher and Activist.

Grace Hu, Alex Simbana, and Andria Thomas discussed the lamentable state of technology in DCPS schools, including how schools across the city struggle to maintain their technology because DCPS doesn’t repair it well. As DCPS parents, they have worked on outlining for DCPS the deep needs and possible remedies for technology in our schools. They discussed on the show the fact that technology is not just a nice thing to have, but part of how children access information, get tested, and learn how to use computers. They show how the issues are solvable provided that city leaders prioritize it.

Jeff Canady talked about his battle with getting back pay after being fired without cause by DCPS nearly a decade ago. Recently, an arbitrator ruled that Canady was due 9 years of back pay—a ruling that the city will appeal with the public employment relations board at the end of October. He talked about how his experience fits in with that of approximately 1000 other DCPS teachers fired under the short tenure of former chancellor Michelle Rhee and how it also fits in with a pattern of teacher firings elsewhere in the country. Some of those firings have been based on value-added measurements that recent court decisions in New York and Houston have overturned.