One of my earlier idea’s for this week’s feature report was a call for educators to inform themselves and their students about the history of the Star Spangled Banner. This would provide some context for recent flaps around athletes standing, not standing, covering their hearts or not – and, for those familiar with Baltimore customs, shouting out the “O” or not. Teachers might include a few words about the 20th Century Chicago columnist Mike Royko, whose alter ego, Slats Grobnik, struggled humorously, over the decades, with if and how singing the anthem at sporting events related to patriotism.

Such studies could start the school year with some intellectual rockets red glare, lighting the way for students to look more deeply into the background of current events and to seek broader perspectives on any issue before pronouncing on it. Resources below

But, we are heading into Labor Day Weekend. And, for those local to the District of Columbia, that means the 28th Annual DC Blues Society free music festival. So I also want to put in a plug for Blues in the Schools and related efforts.

This feature report appears near the top of the hour on the September 1 edition of We Act Radio’s Education Town Hall. Be sure to stay tuned for additional discussion with Dr. Julian Vasquez Heilig —

Blues in the Schools says: “Through the study of blues traditions in any curriculum, educators can address educational issues like the color line, diversity, multi-culturalism, and interdisciplinary studies in a way that engages all aged students.” The Blues Society notes, in particular, that Blues is an opportunity to “give students deeper understanding of rural and urban African-American culture.” 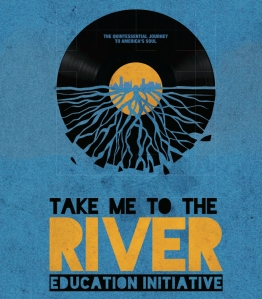 In addition, “Take Me to the River,” the 2014 documentary about an inter-generational exploration of the Memphis music scene, is now widely available for low cost. The film project includes a living history curriculum. Moreover, the fictional series, “The Get Down” provides a great opportunity to engage older students in exploring the intertwining of music and US history.

As the Blues Society reminds us, helping students connect with music and its history is “an investment in the human spirit.”

Some basics at American History Musuem

“Athletes, Protest and Patriotism” at Teaching for Change