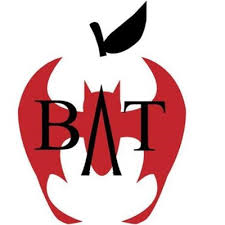 On the July 30th show of Education Town Hall, we had guests Lori, Denisha Jones, and Gus Morales on the show. The guests discussed the recent Atlantic article published about the Quality of Worklife Survey, released in part with the BadAss Teachers Association. Also, Gus Morales recalls his personal struggle with the teacher evaluations in his district.

First on the show, Denisha Jones and Lori talk about the disappointing Atlantic article. Lori was quick to state that the article “missed the mark.” The article focused almost exclusively on only one of the many workplace qualities. The article gives the reader the idea that teachers are complaining about not being able to use the bathrooms regularly at work, when that is not at all what the survey was about.

“We felt it was actually rather demeaning,” said Lori. Although the bathroom issue is a serious one, not being able to relieve oneself can lead to health problems, the facts associated were not the most striking from the results of the survey.

The more striking statistics are ones including mental health. Forty-five percent of the 30,000 teachers who completed surveys reported having mental health problems due to the stress involved with teaching, while 86% of teachers said they were treated for stress related illnesses. The survey covers a lot of workplace stressors, not just bathroom breaks and Lori believes that the article missed the main point, “One of the goals of our survey is to change the working conditions for teachers, because a teacher’s work environment is a student’s learning environment.” Another important fact found in the survey was that there was a lot of discrimination and even bullying taking place in teachers’ workplace environments. Teachers are being discriminated by race, gender, sexual orientation, and even age.

When asked why the public is not more aware of problems like this, Denisha Jones responded, “They don’t want the public to know these things…if people knew what it’s really like in some of their schools, they would be in the streets-they would be upset.”

The Atlantic article, according to Lori, was “disparaging.” The author of this article shows irresponsible journalism by not contacting anyone from BAT to speak on the survey. The article was misinterpreted, and the teaching environment may suffer because of it.

For the second half of the show Gus Morales recounted his powerful story about his unfair terminations. Morales gave a timeline for the events that he endured; in February of 2014 Morales decided to speak out against his district about publicly displaying students’ test score in hopes to motivate the students and add competition. “From that day forward, I have not received one single positive observation from any administrator in my district.”

Since February 2014, Morales has been fired twice. He was fired first, that same year in June. Morales fought the firing, legally, and was reinstated November of 2014. After finishing out the 2015 school year he was fired once again.

“They’re doing everything they can-everything in their power to try and silence any voice that is dissenting, any voice that brings criticism, any voice that really is trying to spread the truth to a disenfranchised population.” Morales believes that administrators are creating purposely poor evaluations to target problem teachers.

Denisha Jones, who has seen Gus’ evaluations, agrees that these evaluations are targeting “problem” teachers. Jones, along with the help of others took a look at the evaluations and had comments of their own, “We don’t see a justification in the notes, or the write-ups, that he was given.” Both agree that the lack of correlation between evaluation notes and the feedback causes for reason to believe the evaluators are not playing fairly.

Morales is still fighting and won’t back down. “I’m putting it all on the line…if I wanted a comfortable life, I would have kept my mouth shut.”